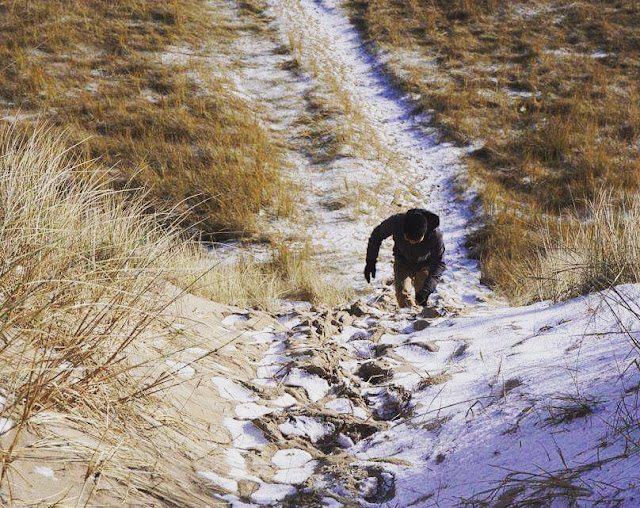 Conozco is a Spanish term for knowing. Conozco Pablo literally means "I know Pablo." Through my blogposts, one will understand my personal and social perspective. In the past two years of blogging, I have already written exactly 200 posts by now. There are several themes revolving around life, emotions, relationships, social issues and travel. Those topics maybe irrelevant from each other, but all articles are deeply associated with my experiences and from where I come from. Not long ago, I was struggling for a decent future and even with supporting my family's needs. I strongly believed that through doing good in school, I would be successful in life through hardwork and determination. From that dream I had and to where I stand now, I could say the distance I traveled was quite long enough. It took a lot of effort, luck and guts, but I am happy on what I have become - imperfect, changing for the better but satisfied. If I could make an analogy of my life in the
Post a Comment
Read more 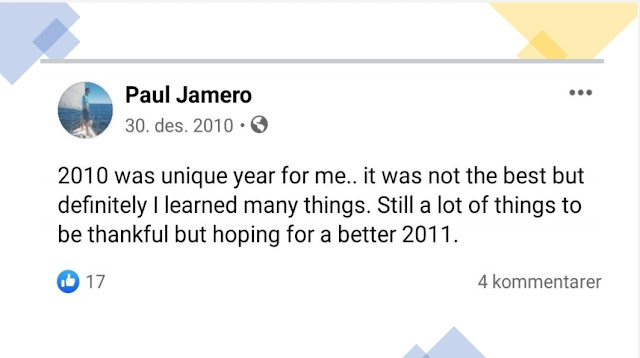 December 21, 2009 – April 8, 2011 This is the second installment of the historical throwback in this blogspot, focusing on world affairs and how it shaped the events in my life and the environment surrounding me. In the end, a reflection on how the past influenced the present is provided. What was happening in the world? The worldwide recession is coming to an end. Pope Benedict XVI was knocked down by a woman during a procession at St. Peter’s Basilica. Pedophilia and sex scandals, however, plagued the Catholic church in Europe and South America. Later, the pope made controversial visits in Israel, Cyprus, and Ireland. On the other hand, Portugal, Argentina, and Mexico City legalized same-sex marriages. Meanwhile, the Swedish Supreme sentenced the owners of The Pirate bay, an online index of digital content. Norwegian Magnus Carlsen became the youngest world chess grandmaster. Meanwhile, Norway and Russia end a maritime border conflict in the Barents Sea. North and South Korea
Post a Comment
Read more

We Should Do All Our Share (Poem on Climate Change) 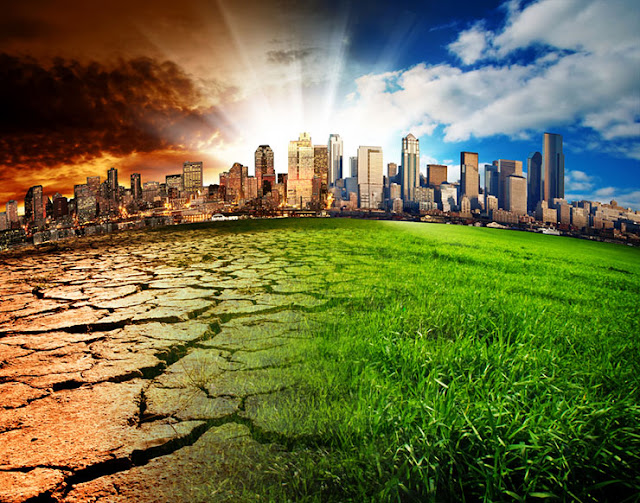 Can we reverse the deleterious effects of climate change? Later, or else ecological habitats destroyed and estranged Nearly we made natural adaptatation almost impossible Planetary greenhouse effects are also becoming irreversible Carbon human footprint in decades continuously increase Level of increased fossil fuel consumption also never cease Nitrous oxide and chemicals pollutes land, water, air due to us Petroleum, coal and oil limited use thus, we need to discuss Carbon offset measures and laws therefore are necessary List of harmful pollutants are unlimited; we must be wary Note to everyone: we have to safeguard our ozone layer Plant more trees against UV rays: for all, a need and prayer Carbon tax should be implemented by countries, overall Like and push politicians to adopt and enforce Kyoto Protocol Never too late to defend clean environment and atmosphere Persistent sea level rise, remember is a threat all of us to fear Climate justice should be enshrined in laws and supported
Post a Comment
Read more 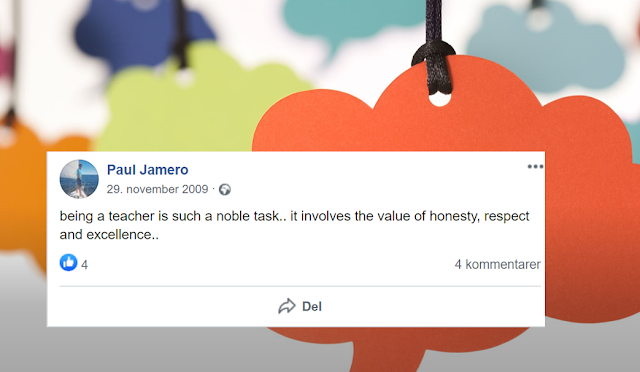 September 3, 2008 - December 20, 2009 Today, I will embark on a journey of reflecting more on my past using five key points. This will be unique in a way because I will go back to a certain period in my life. In this blogpost, I will start from September 3, 2008, exactly 11 years, 11 months and 11 days from now to about over a year later. What was happening in the world? During this time, Barack Obama was elected as the 44th president of the United States of America. Meanwhile, the world was severely affected by the mortgage crisis, which resulted in the bankruptcy of big real estate and investment companies. Several governments and stock markets showed signs of impending economic recession.  Later on,  swine and bird flu pandemics affected many countries, including neighboring China and my home country the Philippines, while HIV/AIDS and cholera claimed a lot of lives in Africa. In Asia, there was the melamine scare in milk products, while piracy has been a problem in the waters of
Post a Comment
Read more 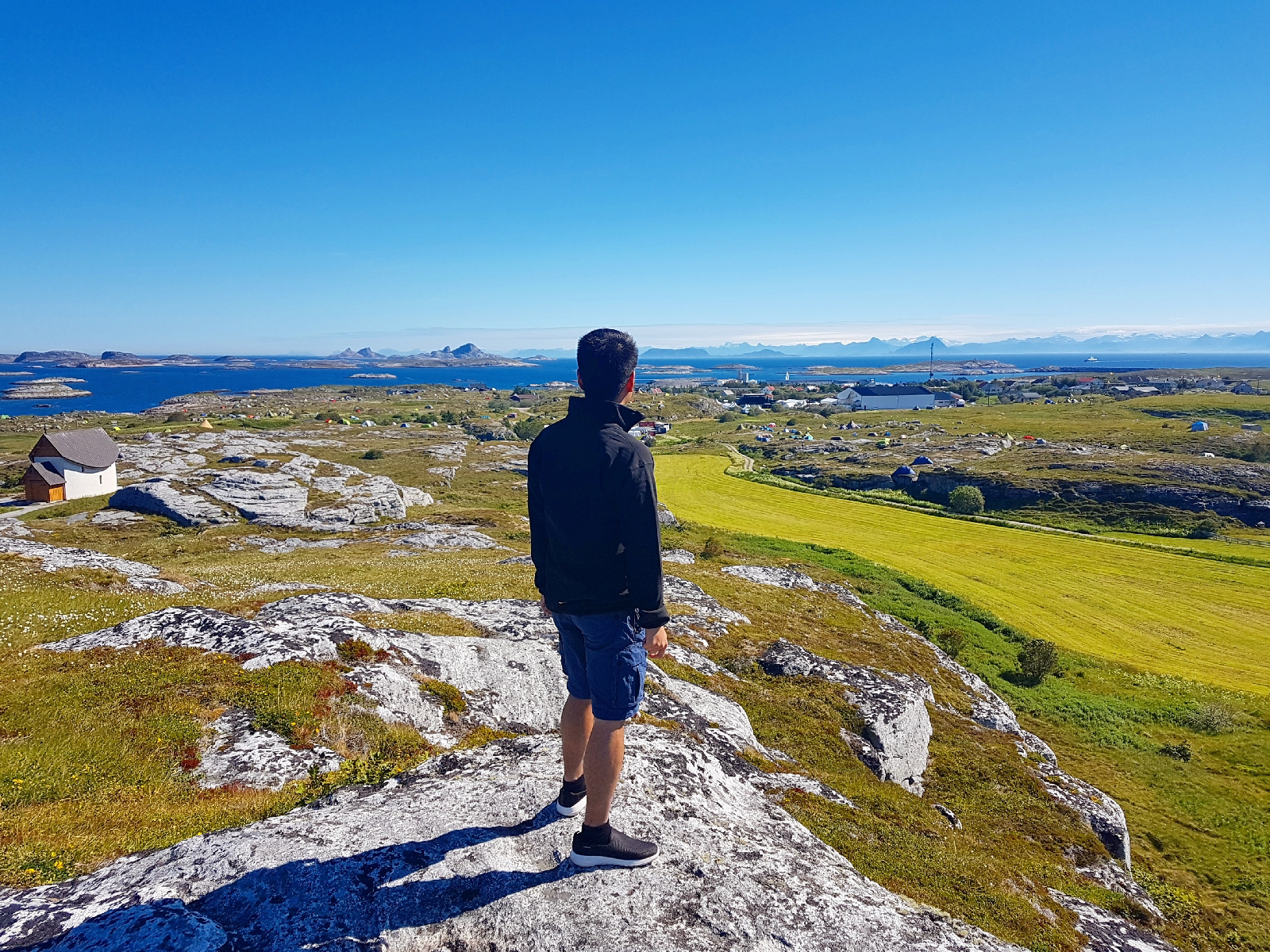 Today, July 31, 2020 I celebrate my 12000 th day. Last November 5, 2017 , I  wrote a blogpost marking the end of my 11,000 days. I mark this day, because I believe we perhaps can not distinguish the changes on ourselves within a year but reflecting over the last 1,000 days will give us a different perspective in life based on what we have learned and experienced. The Tabula rasa I started the period of my life like a tabula rasa - a clean state of mind. I have preconceived ideas and judgments from my previous experiences, but my new experiences forced me to forget the previous learned ones, or else I would not achieve what I want. It feels like I had to undo everything I believed on.    ( Click here for the first 10,000 days ) What I have During the span of almost three years, I asked myself what I have. This question is something I took for granted before. I felt it is something obvious, not needing to reflect upon. However, this question is essential. Now, I have work,
Post a Comment
Read more

Right Time for Everything? 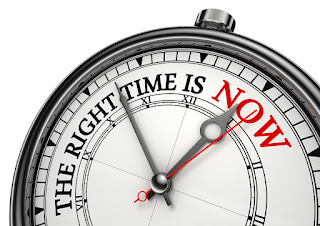 When is the right time for everything? Is it today, in the near future or perhaps few months or years from now? This is a perplexing question anyone is confronted. But when can we really say it is the right time? This is the main theme of this blogpost. When you have the courage Courage is a feeling and act of valor inspite of uncertainty and danger. This is I believe the only kind of feeling we need to act. We do not need to feel happy, contented or secured, before we act. When we wait to feel better first before we act, then better do nothing at all. That will certainly take time. Feelings vary from time to time. But courage often happen instantaneously. Do something, rather than waiting for the right feeling. The right time is when you feel brave enough. Just be courageous. After all, if you commit mistakes, you can still rectify them and do better perhaps in another time.  When you have reason Many of us will never take the risk of acting on something before all the necessary infor
Post a Comment
Read more

Love Yourself in 10 steps 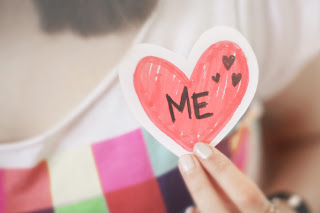 Not long ago I had a major downturn in my life. I kept it a secret to the most important people in life. I was quite lost. I felt that I was begging for attention, time, and affection from other people. I was expecting people to show some empathy and take responsibility of making me feel well. Think about that. The consequences of that was domino of further self-destruction strategies and dysfunctional coping skills that superficially covered the intensity of how my problems impacted my life, not never really addressed the main problem – I was not loving myself as I should. Looking back, I could somehow reflect on the stages I went through to love myself. And, this is the focus of this blogpost 1. Make mistakes Do not be afraid to make mistakes. This is the most dangerous point, when one aspiring change is on a trial-and-error mode. Because the consequence could be worse. People go further downward, and some people self-destruct and lose identity in the process. I did this. Actually, I
Post a Comment
Read more

To You Whose Birthday is Today 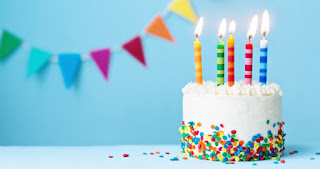 We all mark our birthdays each year. Majority observe it to a certain degree, some don’t. Some people see to it that other people would be aware that it is their birthday. Some would prefer to be quiet about it for a lot of personal reasons. Nevertheless, the best part of birthdays is, the fact, that someone remembers you. That itself is a sufficient reason to celebrate. For you whose birthday is today, this blogpost is for you. 😘 Ofcourse, I remember. Yes, I have not forgotten your birthday. To be honest, your name is one of the few whose birthday is on my personal calendar. I do not p ut everyone there, ofcourse. There is not enough space I guess. 😋 However, do you recall the first time we met? 😉 Who would thought we would get to know each other better months following that. Quiet unexpected, we started talking 🙂, and then we got to be more open about who we really are. Well, there is a lot more to share and experience. No one really knows everything yet. It is impossible to be a
Post a Comment
Read more

We Are All Foreigners (Poem) #alllivesmatter 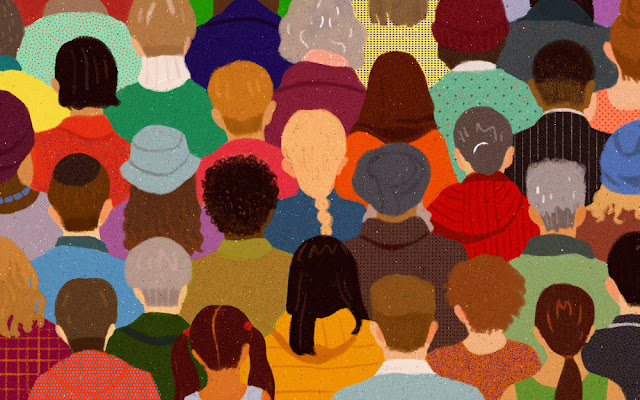 Unfortunately, even at this day and age, discrimination exists among groups of people varying in culture, religion, race or skin color. The Corona virus pandemic has in a way accentuated the inequality that exists among cultural groups. As a person of color and foreign background, I would like express my sympathy to those who are victims of racism and discrimination. As a way to express my support, I have a written a poem dedicated for this cause. There is no such place as we call homeland. We, human beings are all foreigners in any land No one can say this place belongs to me. Or, where one should flee from or should be. Remember the land we live in, clearly is not ours The same land over the seas and under the stars. All of us, from this place we shall bid goodbye. We live here and depart this place when we die. We are all alike for being recipients of the gift of life. Discussing who’s better is pointless, often ending in strife. Nothing we can keep forever, not even a single th
Post a Comment
Read more

What Corona Virus Pandemic Has Taught Us

It has been almost two months after the lockdowns have started in relation to the Corona virus pandemic. As of now, the pandemic has not been resolved yet, since there are no vaccines available to combat the virus. However, in Oslo, Norway where I live, as of the moment, there are significant positive changes brought about by the strict measures recommended by the Norwegian health authorities. The measures may not be perfectly implemented, but what is important is as how our lives have been affected by it. This blogpost will tackle on this matter. Appreciating the essentials. There is a contrast between needs and wants. First and foremost, I realized as a nurse, I have an essential work for the society. I ofcourse knew about this from the start, but the Corona virus pandemic has made me realized that those profession that remained in time are the most that matters. When we are hungry and thirsty, we need to get food and water. When we get sick, we need someone who could take care of us
Post a Comment
Read more
More posts